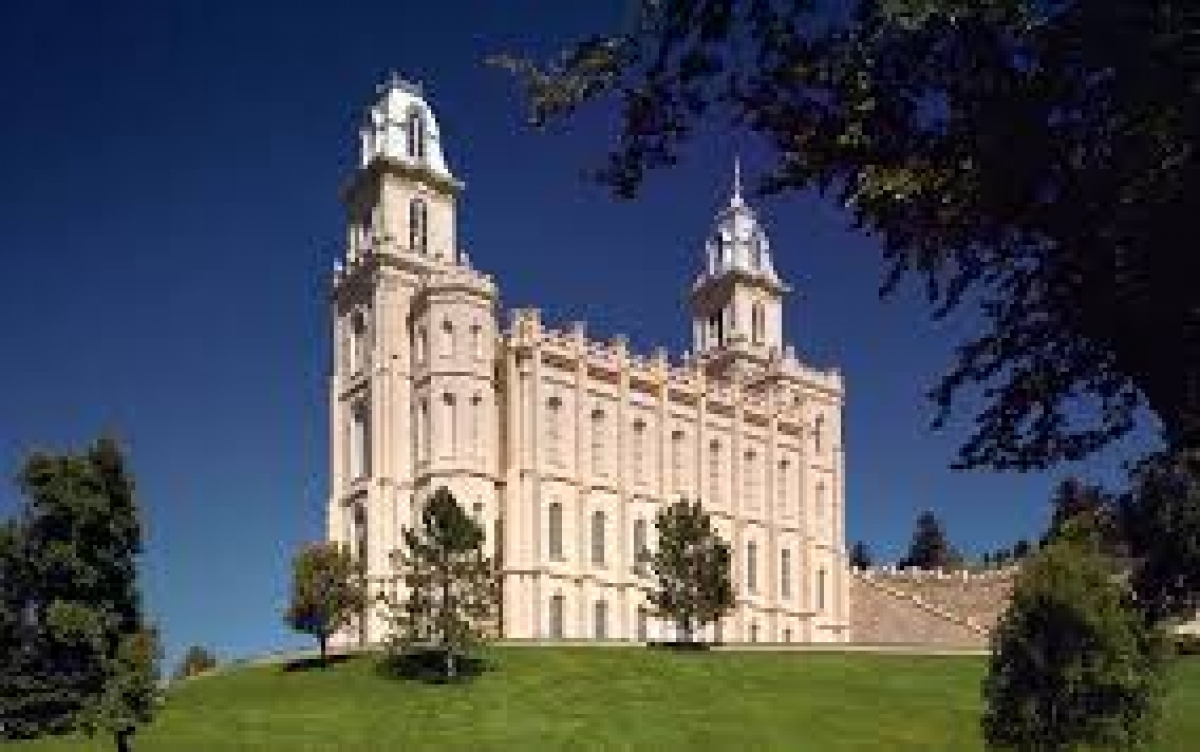 When I was 15 years old, I was sent by my family to a small private school by the name of Wasatch Academy in little Mt. Pleasant, Utah, just north of Manti on scenic Highway 89.  Manti is the site of the fifth temple built by the Church of Jesus Christ of Latter-day Saints and you cannot miss that stone white church when you cruise through town because it sits high atop a hill overlooking the Sanpete valley.

Most people know Manti because of the Mormon Miracle Pageant which has been held on the grounds outside the Temple every summer since 1967. But alas, the church has announced that 2019 will be the last time visitors can see the outdoor theatrical performance where Christ visits America. You may say ‘This ain’t my circus and not my monkey’, but the fine folk of this tiny central Utah are mighty sad and returning visitors will miss Manti’s famous BBQ turkey sandwiches.  The two week extravaganza draws over 15,000 people to a town that has little more than 3000 residents and is massive money-maker for gas stations, hotels, restaurants and the businesses that line Main Street during the last two weeks of June.

The pageant is the story of the early days of the Church (think hand carts) and LDS tales and beliefs of characters and events of ancient American inhabitants found in the Book of Mormon. It was written by Grace Johnson in the 1940’s and in the 1950’s both BYU and BYU-Hawaii used her story as a reader’s theater at the schools. It was adapted into the pageant form in 1970 by Macksene Rux who directed the shows in Manti from 1970 to 1989. During the early years it was funded by local donations and vehicles were banned on Temple grounds so props, scenery, chairs, and equipment had to be hauled up the hill or put over the fence. It was an instant hit with locals and tourists and over 4.5 million visitors have watched the show since it’s beginning. There are over 1000 cast members, each in a costume and none are paid. You can volunteer right now by going on the website to participate in this last and final production.

What’s odd is that in 1991 the church announced that the production would close after 25 successful years. The Vice-chair of the pageant, President Gordon B. Hinkley refused to cancel the show! Will someone from the Quorum step up and save the town and the show like Judy Garland and Mickey Rooney did in the 1939 movie ‘Babes in Arms’?  Only the Church will tell. My guess is this show will sell out almost as fast as the Tabernacle Choir’s gig with Kristin Chenoweth Christmas Concert at Temple Square. Both holiday concerts and the pageant have always been free, but you have to get tickets (www.mantipageant.org) to attend the show.