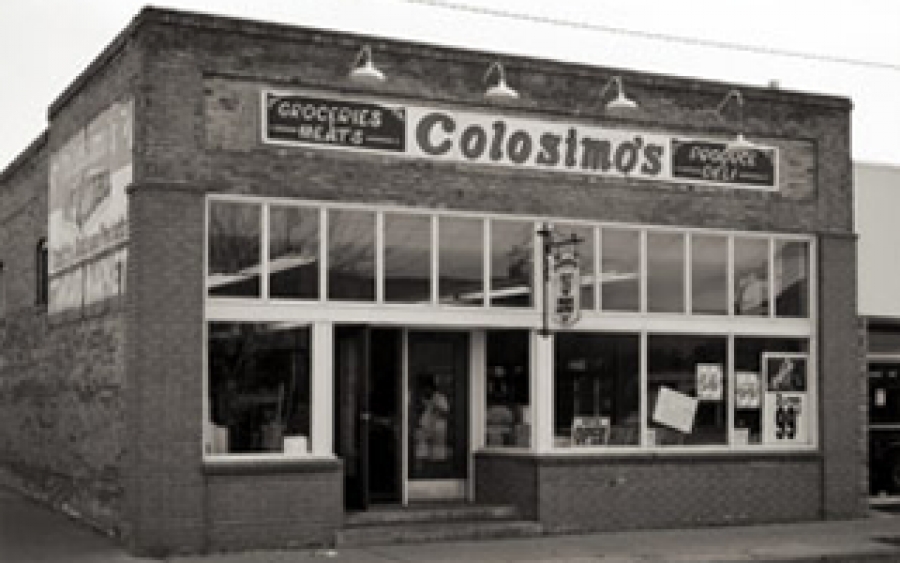 Here’s an excellent party trivia question: “How many liquor stores are in Utah?” Answer: 44 State Liquor Stores. Unlike most states in the good ol’ USA, we in Utah cannot control our adult cravings and must have the government pick what we drink, when we drink and where we drink. Yet, we Utahn’s have a great history of booze made by white men that continues to today.

Supposedly the first brewer in the state was Brigham Young’s personal hit man and self proclaimed cannibal, Porter Rockwell. He opened the Hot Springs Brewery Hotel in 1856. There was simply a great need for beds and liquor in the territory because immigration and industry were whirling towards Zion like a modern day sharknado. If hard working rail roaders and miners couldn’t get a simple beer or a shot of cheap whiskey after a back breaking day of work they’d just keep movin’ on to another state like Wyoming or west to California that did would to drinkers. Local Mormon businessmen learned quickly that booze was good for business if they wanted to attract workers.

Flip the page forward to today. The same mentality for a successful business atmosphere continues. The LDS Church-owned City Creek Mall allows the Cheesecake Factory and Texas de Brazil Churrascaria to sell alcoholic beverages on its property. That might not have happened if the Mormon-controlled legislature hadn’t met earlier to increase the number of restaurant liquor licenses just in time for the grand opening of the shopping mall. Thank goodness because the immigrants keep coming and are demanding more and more options! Look at Goldman Sachs with almost 2000 employees working in downtown with more coming. Many of their folks hail from big cities and want food trucks, bike rentals, local pubs and restaurants. Whaaaat? Neumont University just opened its doors in the old Salt Lake Tribune building and has 40 apartments upstairs for eager tech-minded students to live in year round. That’s 500 students who are coming closer to the heart of Zion. It’s working numbers like that which helped Gracie’s on West Temple just get voted ‘Best Cocktail in Utah’.

Just east of downtown there’s been a vicious verbal throw down for the owners of a proposed pub near 2100 East and 1300 South. They recently came to Salt Lake Planning and Zoning to ask for permission to create their drive-up, sit down restaurant and pub aptly named ‘Brewhaha Tavern’. Owners Jones and Pohlman want to bring a concept of a neighborhood pub to an area of town occupied by people who apparently don’t drink a sip of liquor. Over 400 ‘neighbors’ signed a petition to not let them open. Rumors flew that modern day temperance workers were telling other businesses in the area that they would stop shopping with them if didn’t also help vote the potential pub down. Residents complained that they didn’t want their children to walk by a bar (God forbid the kids might hang at Foothill Village behind the building where McCool’s Tavern operates). One NIMBY (“not in my back yard”) said she was scared that a place like Brewhaha might bring strangers and addicts to the neighborhood. I’m not making that up. Sadly, the loud neighbors won out so far and P and Z voted the request for a conditional use permit down. That means the owners can’t get a liquor license now.

I recall when Dick N Dixie’s at 479 E. 300 South-across the street from Michaels “Now and Again”-consignment shop petitioned the Salt Lake Planning and Zoning Commission to open up their neighborhood bar. Neighbors streamed into the hearing to complain that the world would end if their new changes to the hood passed through the city permitting system. Low and behold, Dick N Dixie’s has a 4 star rating from Yelp and is one of the hottest little dives in town. I have not been able to find any statistic that any addict has been sleeping on the sidewalk there or that crime is at an all time high on this urban corner because of this pub.

The more business we want to attract to Utah the more all of us will have to look to improve the accessibility to adult watering holes and boozy beverages for the immigrants we wish to attract.