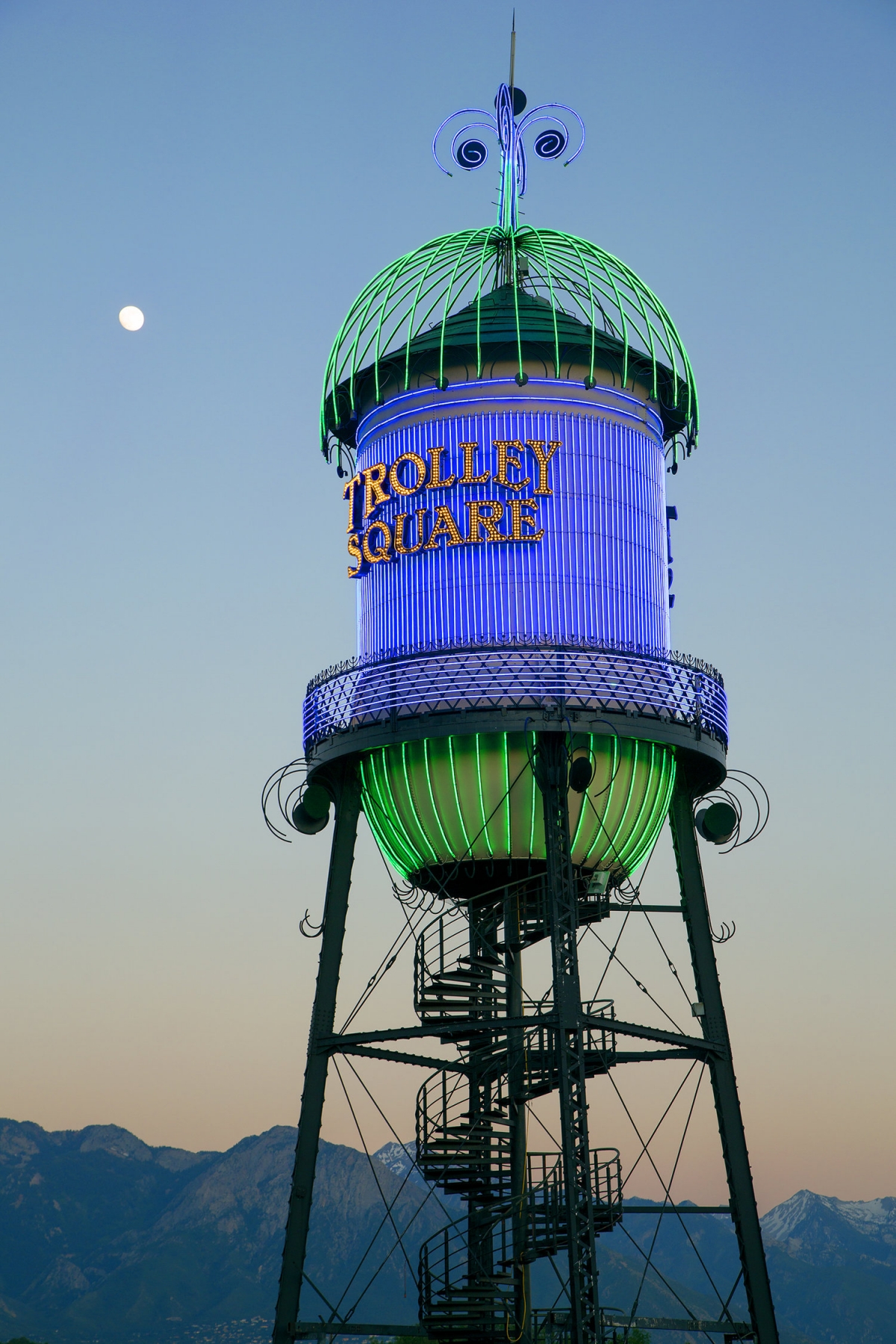 This past October a large crane lowered an original street car (picture a cable car in San Francisco) in front of the Pottery Barn and just south of Whole Foods back to its home in Trolley Square on 700 East and 500 South. It is so ironic to me that at one time almost half the population of Salt Lake City rode trolley cars around town on almost 150 miles of track and today the Utah Transit Authority (UTA) can barely fill the TRAX trains during rush hours on less than 50 miles of rail. What was in went out, and now we want it back because mass transit is good.

The first trolley company was started by sons of Brigham Young and their first passenger trolley car was pulled by mules along 300 West South Temple to 300 South and State. I found a trolley ticket in an old book of Robert Browning poems I bought years ago and the fare was five cents. Originally it cost ten cents to ride but the brothers found by lowering the price they’d get more riders. The first electric streetcars in Utah began operating in October of 1908 and they were housed in the beautiful Mission-style buildings at Trolley Square.

I was a Planning and Zoning Commissioner for Salt Lake City when Whole Foods came to the city and wanted to put in a mega store smack dab in the middle of this historic block. I was definitely not a fan of the size of the project and how its designers originally failed to fit the new in with the old, but as you can see, Whole Foods did downsize its design and eventually fit in among the historic ‘barns’. They were built by a notorious railroad tycoon named Edward H. Harriman. He was infamous for never stopping to hunt down Butch Cassidy and the Sundance Kid who had robbed his trains many times. He bought the 10 acre block of Trolley Square that had originally been the ‘Territorial Fairgrounds’ and put in the buildings that eventually held 144 street cars. There were blacksmiths and carpenters, conductors and electricians working inside the buildings. The old First Security Bank stand-alone structure (now gone and previously located where Whole Foods is now) was used to store sand needed for the rail system.

There’s a lot of history at Trolley Square and bringing back probably the only remaining original trolley car makes many people smile. It had been in storage for almost a decade after bulldozers came to start the food chain’s new location. The car has last housed the Trolley Wing Co. The urban mall is undergoing growth under new owner Khosrow Semnani and we may see a return of movie theaters, a food court as well as the multifamily development that will be going in across the street (600 South).