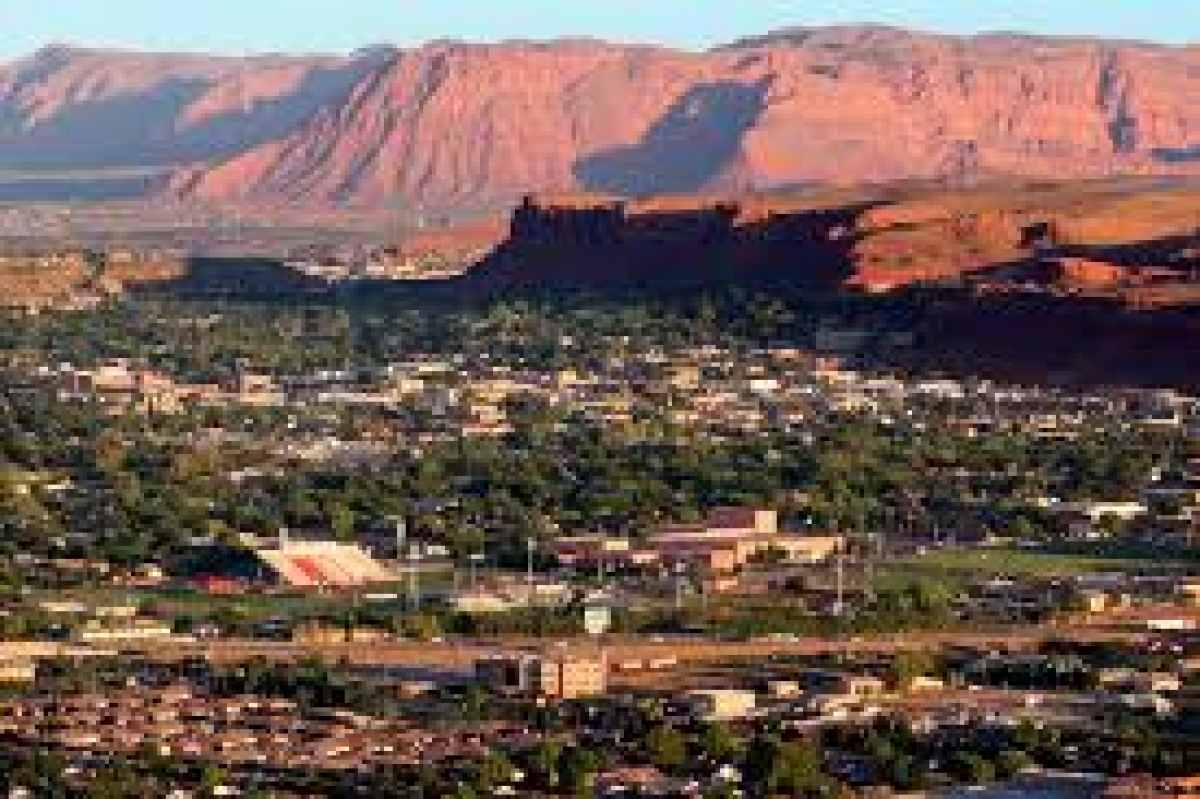 St. George is America’s fastest-growing city, according to the University of Utah Kem. Gardner Policy Institute. They grew in population by almost 4% last year. Why is that do you think?

It’s certainly become retirement heaven for many Baby Boomers as the climate is similar to Arizona.  It still has a ‘small town’ feeling and a personality of old and new architecture, small local businesses and the inevitable chains. Plus it’s 120 miles to Las Vegas and 42 miles to Zion National Park.

The scenic area was named in honor of Mormon apostle George A. Smith. He was known as ‘the Potato Saint’ because he urged early settlers to eat raw and unpeeled potatoes to cure scurvy.  Come to find out, potatoes are a great vegetable source of vitamin C and eating the C is a pretty obvious cure for scurvy. The first people that inhabited the area were the Anasazi who grew crops along the Virgin River. I’ve hiked up a hill behind a gas station at the south end of town and seen many of their pictographs on boulders. The next people to settle were the Pauites and then various Spanish explorers and trappers. The LDS Church sent an experimental mission south of Salt Lake to see if the area was good to grow cotton (turned out, it wasn’t). Thus, the area was known as “Utah’s Dixie’ and still to this day has a nickname that reminds you of the cotton growing states in the U.S. The ‘Potato Saint’ actually never lived there but sent people to farm the land and set up businesses and run the church arms in that part of the state. The Church built a Tabernacle which opened in 1875 which can be seen by most of the people of the town today as a manmade landscape beacon of direction.

Since those early days St. George has just kept growing. If you’re not retired yet, big employers include SkyWest Airlines, Dixie College, the now-famous ‘Squatty Potty’ (best poop of your life!) are there, as is Walmart distribution, Sunroc, Costco and of course, many different home builders like Ence Homes, Sullivan Homes, Bangerter Homes and Sun River.  The housing crunch has hit the area hard for home buyers, and rental properties for blue collar workers are scarce. I have heard from several local REALTORS that there are ZERO rental properties available and if a sign or ad goes up there are 10 or 20 people trying to outbid each other to sign a lease with the landlord. AIRBNB is a factor that’s added to low inventory for people visiting nearby Zion National Park.  It’s a quick 5 hour-ish drive or one hour flight from Salt Lake City.