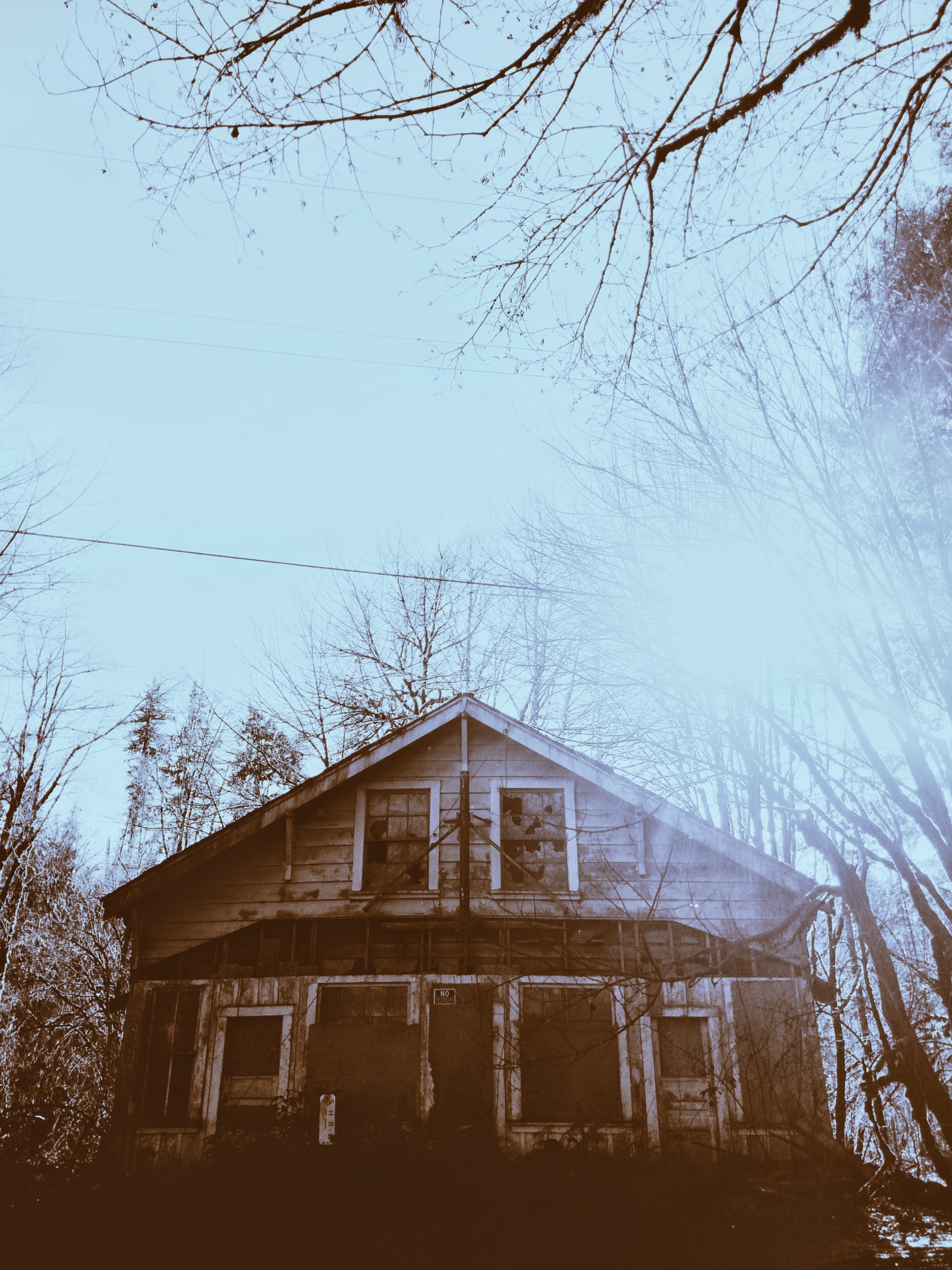 It’s October. Fall has officially begun and for many, it’s not just hoodie season, it’s scary season!  What could possibly be scary when buying a home? Or selling one? I could write a few dozen books about what I’ve seen in my almost 40 years as a REALTOR! Since my editor requested something spooky malookie, here’s a few highlights that I personally witnessed:

-My buyers and I found an old wicker wheelchair in the basement of an old bungalow when we were going through a vacant home just before sunset, similar to the one in the Alfred Hitchcock movie, Psycho. Yeah, that was creepy, but what was worse was that it was kinda rocking back and forth when we discovered it. NOPE, we were out of there so fast we were virtually crawling up each other’s back getting up the stairs and out of the place!

-Yes, I have seen a ghost in a property. It was in the heat of summer in a vacant home in Marmalade. My client had just walked from the front door through the living room and entered the kitchen. I was right behind. The home was stifling hot and the summer flys (the big ones) were attempting suicide at the glass windows to get out, making weird banging noises as they flew at top speed into the glass and then ending upside down on the window sill. There were like 100 of them. As he kept going I looked up from the fly graveyard to my right. It was then I saw an adult, white male dressed as an 1800’s miner with a hard hat with a half burned candle on it. He looked at me, not with any malice, and walked directly into the wall and disappeared.

-I’ve had several sellers tell me tales of their haunted houses. Two that I remember are still located  in the 9thand 9th area. One possessed house wouldn’t let the owners put nails in the walls. Anytime they tried to hang a picture, a painting, or curtains the nails would go flying back at them. And yes, the cabinets would bang closed in the middle of the night just like you’ve seen in B-rated horror movies. They ended up calling a witch who came in and read the house and talked to the spirit. I don’t remember what she said but the cabinets settled down and they were able to hang curtains. There were still troubles with the nails, tho. The other home just down the street had voices in the attic. The owners discovered that the owner in the 1930’s was fighting prohibition by making whisky in the home and hiding it up there.

What’s spooky now?  The FED raising interest rates another .75%.  That means interest rates on mortgages are going to go up. Home sales across the nation have slowed during the past 7 months in a row, but prices aren’t dropping. Homes are sitting longer on the market and Utah is among the top states for price reductions. Buyers and sellers are feeling scared in this spooky market, and there’s more adjusting coming.