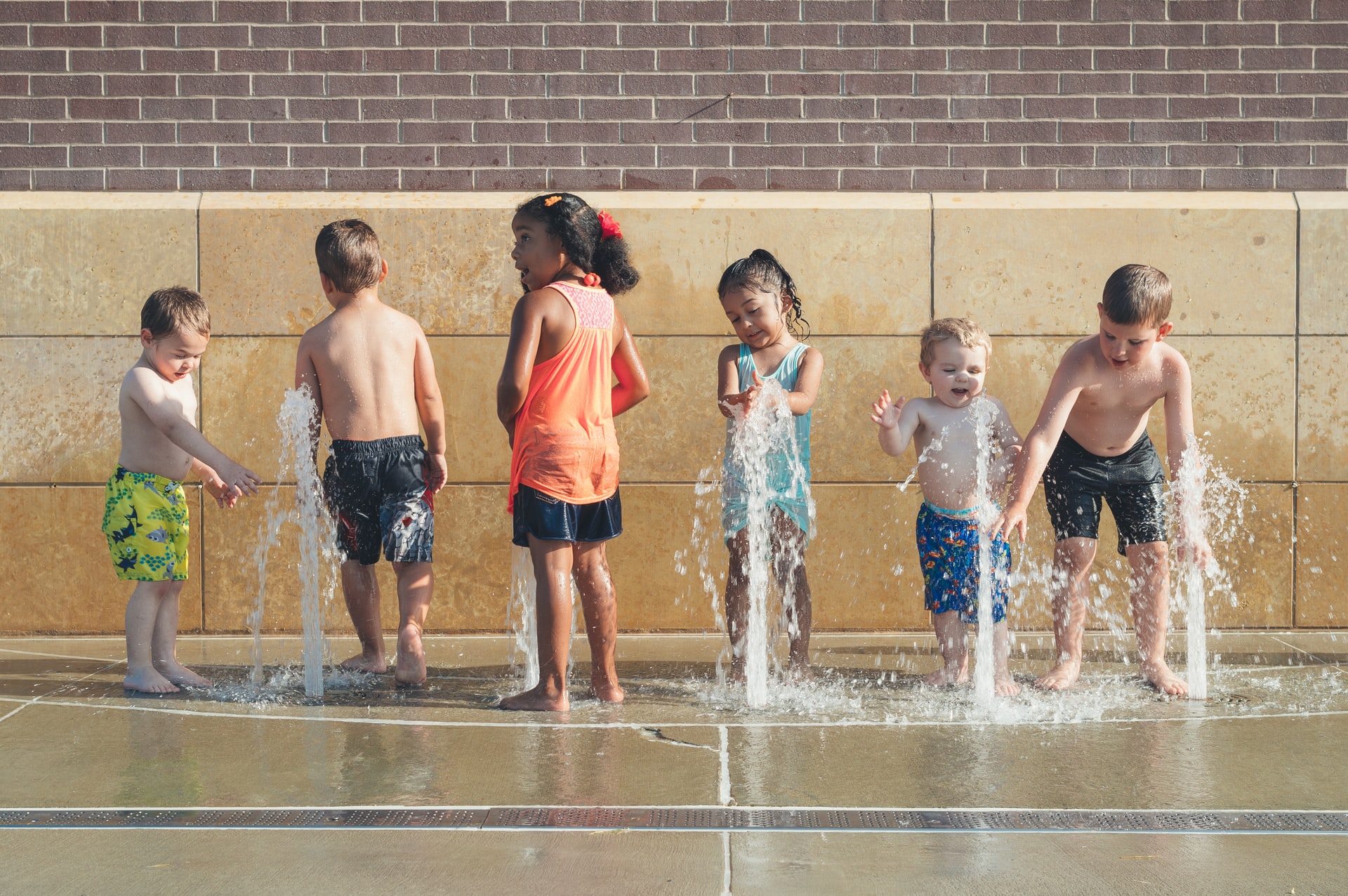 If you haven’t been acting like a lizard and hiding in the shade under one rock at time in this unwelcomed heat, just think: summer has only begun!  What’s August going to be like around our state? The Gov has asked us to pray for rain (for reals) and to conserve energy and water. I might ask him to go further and put some rules into place now rather than when we’re down to our last drops, like asking restaurants to not serve water unless asked to do so and requiring all decorative fountains to be shut down if they aren’t constantly recycling the water, making sure each county that has golf courses evaluates their water use and actually enforce watering times for lawns and agricultural crops.

Where are big fountains in Utah? Free fun can be had at Gateway’s ‘Olympic Legacy Plaza Snowflake Fountain’ which shoots water from the ground into the air, as does the Town Square Park fountain in St. George. The Seven Canyons Fountain at Liberty Park is a favorite play area for kids that’s also free as well as the Oquirrh Shadows Park Splash Pad in South Jordan. The Desert Wave public pool in Price has the WIBIT indoor pool obstacle course at 250 E. 500 North as well as large outdoor pools for all ages, and Lagoon in Farmington has plenty of swim and water play options. The Bellagio-like musical fountain at Station Park in Farmington is not a place to swim but certainly gives you a cool feeling to watch when you’re hot.

One of the more popular parks in Utah is Cowabunga Bay in Draper, which reminds me of a ginormous ‘Mouse Trap’ game only with water rushing up and down it’s raceways. They have beaches, pools, splashes and rivers and cabana’s you can rent for more of a VIP experience around a private pool. Driving by on I-15 you can see the huge yellow water bucket dump 1200 gallons of water onto patrons standing below it. The oldest operating water park is Cherry Hill in Kaysville which is so popular this year that they have sold out Season Passes for 2021. This resort is unique in that it has a campground and mini golf, pools, a lazy river, and water slides. Seven Peaks waterpark in Provo is now Splash Summit Waterpark and offers 15 different attractions for swimmers and kids. It is Utah’s largest water park and they have just spent a ton of money on what is called the Rainforest River. “Guests will float around this new masterpiece enjoying the sights, sounds and smells of the rainforest,” said Spencer Shumway, owner. Also in Utah County is the smaller Spanish Fork Water Park at 199 N. 300 West.

Also, there’s a splash zone at Hogle Zoo, which helps when you’re roaming around the grounds in triple digit heat wishing you had some way to cool off. It’s got a cute shipwreck/pirate them and an added tide pool full of starfish and other creatures.