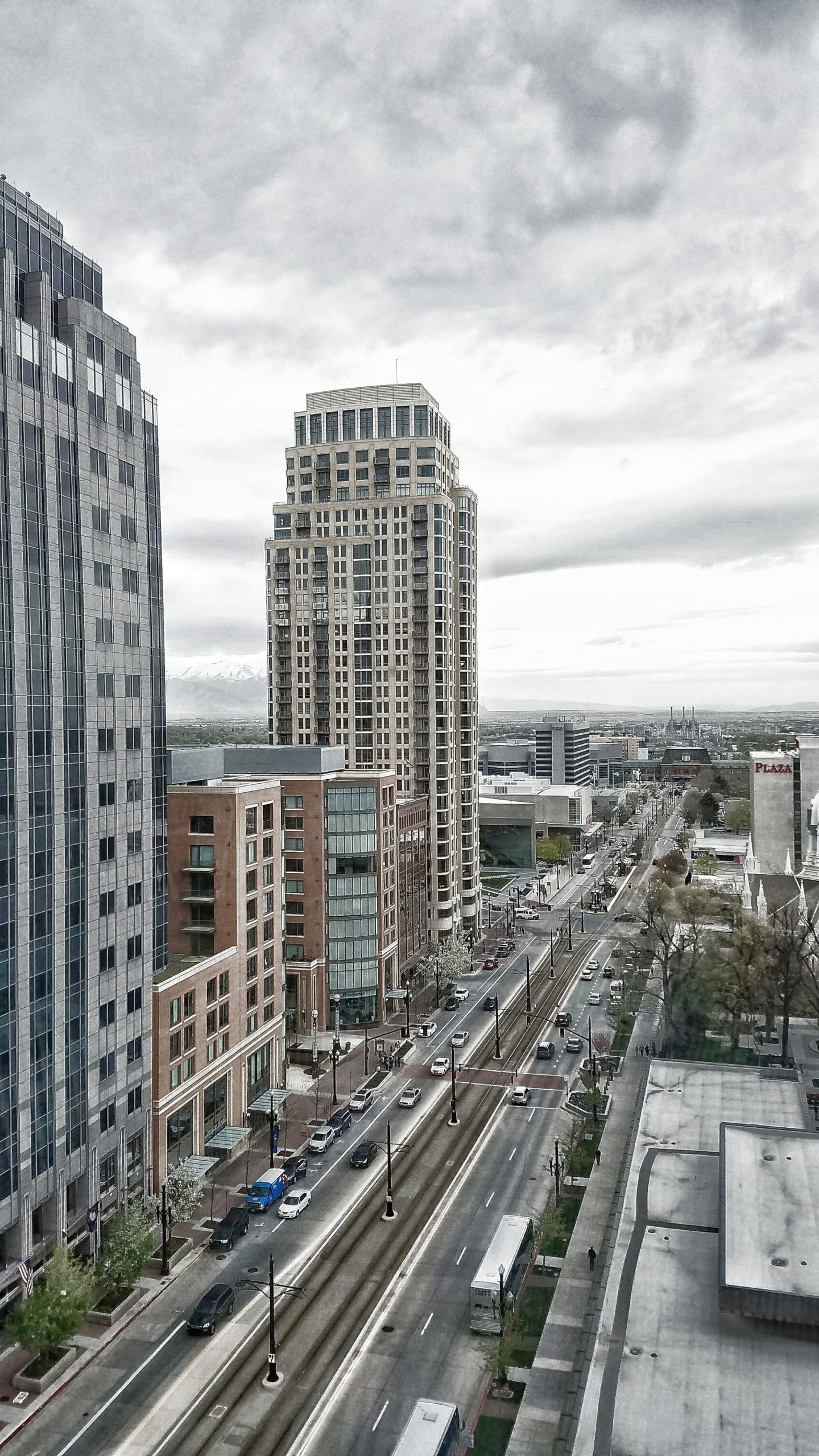 As we like to say in real estate sales, “They ain’t building any more land!”  Dirt that you can build on is a precious commodity in all our major cities in Utah right now, so the next best frontier is to build UP.  I always thought that if I moved back to New York I would want to sell ‘air space’…the air above buildings.  I could sell airspace in Utah, but for now it’s not a common commodity…yet.

When you buy a piece of land or a home, you own all the way to the center of the earth and all the way above the earth’s surface. You have the right to develop up or down without interference by others unless there is a water, mineral, air traffic right or utility easement blocking your way. “Whoever owns the soil, it’s theirs up to Heaven and down to Hell” became common law in the 13th century. I remember back in 2005 when a small church in NYC sold its vertical development rights for $430 per sq. ft. so a high rise could be built above it. They walked with $30 million, and the church and the high rise co-exist.

Developers in our capitol city just broke ground on Astra (Latin for star) Tower on the northwest corner of 200 South and State Street where the recent Carls Jr. stood. It will be the tallest building in Utah when completed in 2025 at 450’ above the street.  This will beat out the Wells Fargo Center at 422’, the LDS Church Office building at 420’and Tower 8 of City Creek (95 State Street) at 395’.  Technically there are no height restrictions to buildings in Salt Lake or New York City for that matter. One World Trade Center in NYC which replaced the World Trade Center towers is 1176’ above sea level, Central Park Tower is 1550’ and the new ‘basket’ at 30 Hudson Yards is 1270’.

Oldtimers in Utah will wax on that “No building can be taller than the LDS Church Office building”, but that my friends, is a myth. For many years the COB was indeed the tallest structure in Salt Lake City and it actually looks taller because it’s sitting on a hill leading up to the State Capitol Building. As we built up our capitol city for the 2002 Olympics we found from our city planners that building height restrictions downtown was a myth, and the Church proved that when they built the high rise condominiums at City Creek just in time for the games.

Astra is not going to be affordable housing. Indeed, it will be 372 luxury apartments for rent. There will be 40,000 sq. ft. of communal amenities including an elevated urban park on top of the 7-level parking structure (similar to Salesforce Tower in San Francisco…which is now badly leaning!), clubhouse with a chef’s kitchen, pool on the 22nd floor, a roof terrace and 24-hour concierge service. They will also seek the highest level (Gold Certification) for green building.