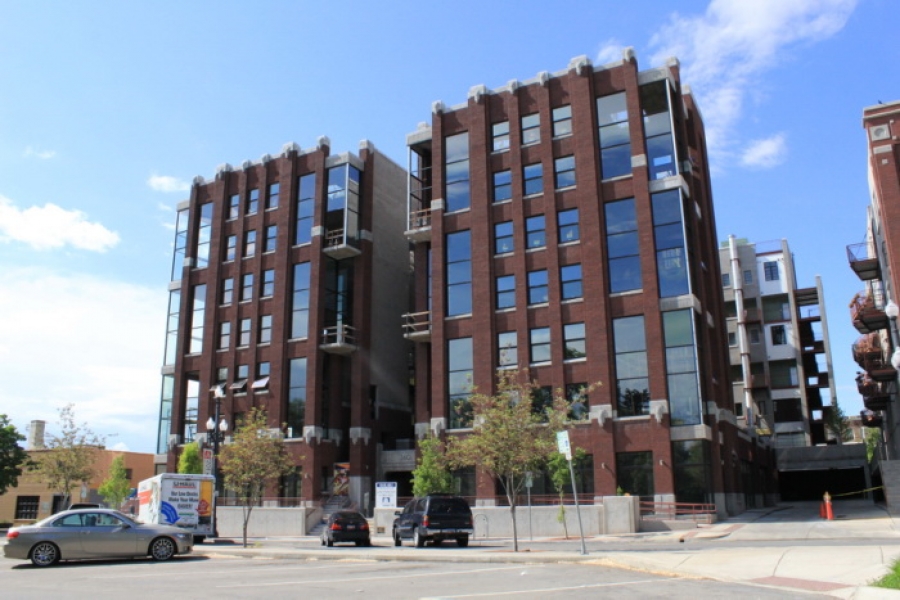 Have you ever walked down a sidewalk in Salt Lake City and noticed a penny on the ground but when you bent over to pick it up you realized it was permanently attached to the concrete? That odd little disk is actually a survey marker from long times past. We don’t see new ones much anymore because GPS technology has replaced them. These bronze markers were placed as part of land surveys to show a reference as to where a property line was and where a surveyor had dropped a plumbbob.

As humans began to stand upright they began to mark their territory. It was important to let the neighbors know where one plot of land began and another ended. Originally lines were marked by cairns. Maybe you’ve run into the odd pile of rocks while hiking out in the wilderness? That marker may have been someone’s claim to that land, that edge. Over time people have used clay pots and even liquor bottles to show their ownership. Pioneers carved arrows into rock faces pointing to their boundary lines. As the country grew up so did the need for accurate surveys. Orson Pratt and Henry Sherwood were the locals who surveyed Temple Square in 1847. There they set up the center marker for all government surveys in Utah, called the ‘Great Salt Lake City Base and Meridian’. The original meridian stone was inside the walls of Temple Square and is on display at the Museum of Church History and Art. You can now visit a replica of the original marker with a memorial plaque on top of it sitting just outside of Temple Square on the Southeast corner.

When you buy a home or a piece of land, your deed will have a description of the property written on the document. Most often, a title insurance company will ensure that deed you have in hand that this is the right property. As a side note, title insurance is a U.S.A. thing and was created in this country because surveys were bad and recording of liens against title holders was poorly tracked in many cases. The very first title company was created just 4 years before Temple Square was surveyed.

There are hobbyists who search out survey benchmarks around the world because of their odd locations and various designs. That obscure bit o’ fun probably led to the most current trend of geocaching. If you can read your GPS coordinates on your phone or a hand held device, you can treasure hunt. According to ‘geocashing.com’ there are over 6 million geocachers and 2,300,000+ cashes to find in the world. Caches can be found in just about any city. They are put there by other geocachers. Some are easy to find, others take hours because they are hidden so well. Once you do find the treasure you jot down your name in a log book to mark down the date you found it and your name. Some larger geocache locations have bags or boxes full of oddities or toys that one can take and replace with like-weirdness. There are over 50 caches in the Salt Lake/Ogden area alone. Here’s an example of one local Salt Lake clue:

“This cache isn’t for everyone. This is not your typical ‘urban’ cache. You will be required to think about your surroundings and perhaps you may have to step out of your box. You will have problems with your co-ordinates. You will be around buildings and trees which will cause you problems. I spent 30 minutes trying to get an accurate set of numbers and was able to get within 7′ after the cache was hidden. So let this be fair warning that you may be calling me every name in the book, but I hope you enjoy it! Coordinates N 40 º 39.753′ W 111º 53.111′ “