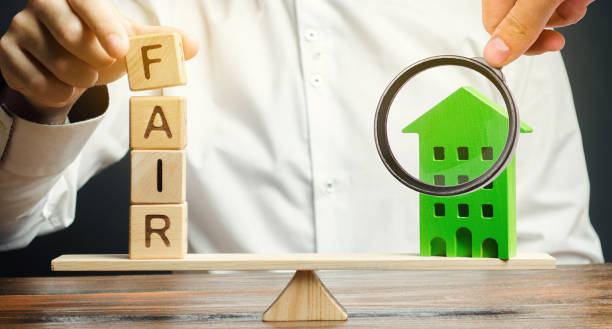 April is the month when we REALTORS celebrate the passage of the Fair Housing Act of congress in 1968 by sponsoring events and offering education focusing on housing discrimination and segregation, with a recommitment to expanding equal access to housing for all.

If we step back in time, we can all see that segregation in housing in big and large cities alike didn’t happen randomly. Pockets of racial and ethnic makeup often live there because of extremely specific laws that were passed to either try and put them there or keep them there. Think of high end neighborhoods you know of around our country with large homes on larger lots. The diversity of peoples is most likely non-existent at best, with most expensive homes being owned by whites. Over the centuries these landowners have helped to create and enforce zoning rules that put a virtual wall up to keep diversity of housing out-no apartment buildings, duplexes/triplexes, very few townhomes. And as housing prices rise and affordable housing product vanishes, we hear pushback from the NIMBY landowners who may support the concept of affordable housing… if it’s not in their backyard.

During the Trump years, the HUD Secretary (Ben Carson) didn’t seem to initiate or fight for sweeping changes in national housing policies. The overall affordable housing shortage worsened under Carson’s term, HUD’s budget was cut and there was no increase in Section 8 housing vouchers for families in desperate need of rental housing. Obama’s presidency created programs to racially diversify and create more affordable housing in the suburbs, but those programs were axes by Trump, as were the Affirmatively Furthering Fair Housing regulations. The latter Trump cut to appease white suburban women before the 2020 presidential election. Carson pushed to make sure that government-funded homeless shelters refused to allow transgender people in housing based on gender identities. Luckily, Biden is committed to wiping out all laws against trans people in housing.

My National Assn. of REALTORS has a new and encouraging Fair Housing Action Plan to help ensure our 1.3 million REALTORS are doing as much as we can to protect housing rights in America by educating not just ourselves but the public in the topic. We are hoping to increase our partnerships with governments and private housing providers/developers to promote best practices to prevent discrimination and foster diverse, inclusive communities in this country.  Most important though, I want you to know that IF for any reason you feel you’ve been discriminated in trying to rent or buy a home because of your race, color, sex, national origin, or religion you can file a complaint with HUD. If they determine discrimination might have occurred, the case would be sent to an administrative hearing or Federal District Court. If a judge finds discrimination did occur, the guilty one could be ordered to compensate you for damages, make housing available, pay a penalty and/or attorney’s fees.

There’s a great movie “The Banker” out with Samuel L. Jackson about two black entrepreneurs in the 1960’s who hatched an ingenious business plan to fight for housing integration with equal access to the American Dream.