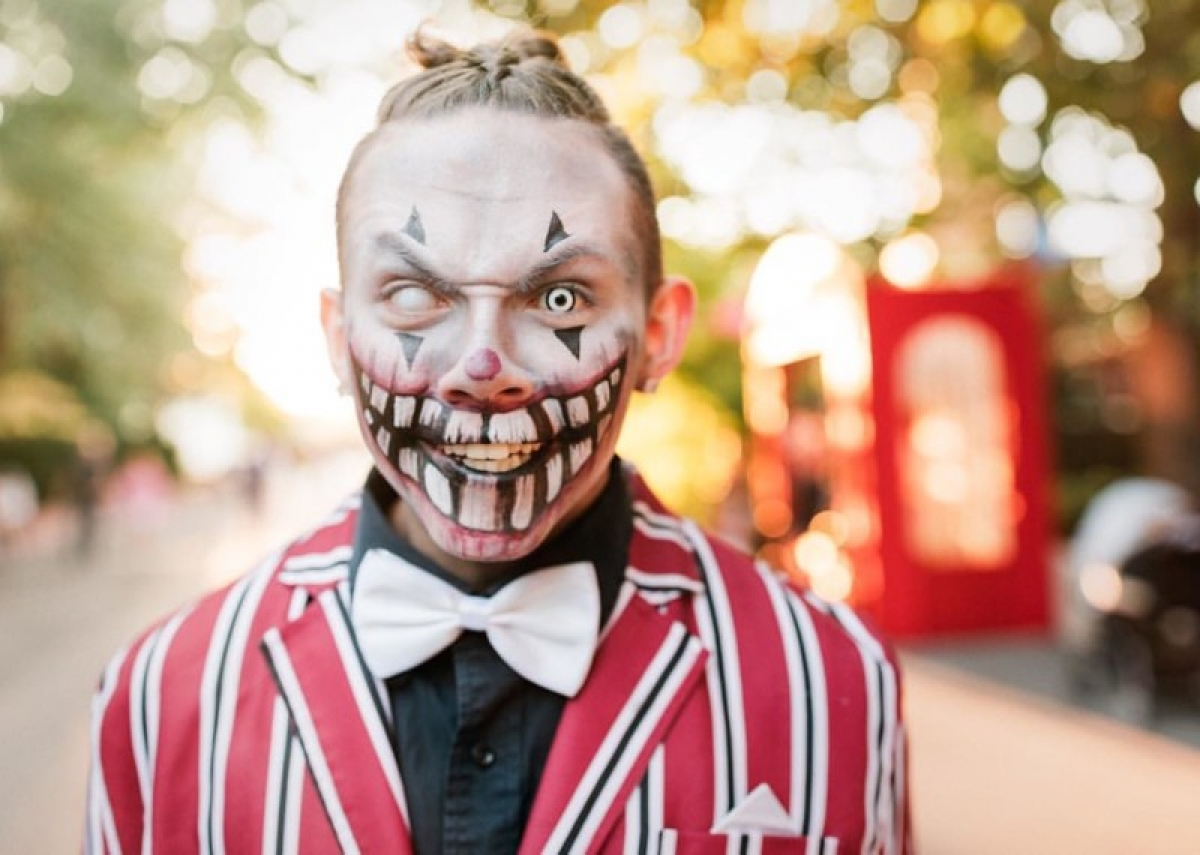 It’s that time of year where crazy people do crazier things-they go and try and find the scariest haunted house and attempt to scare the crap out of themselves. I’ll admit right off the bat that I do love a good spook house and an even better scare,  and we sure have great ones in this state. I remember years ago I had a party just after we dinosaurs were able to print off photographs from this new thing call the internet. I researched creepy looking human anomalies and odd heterosexual things and put photos of them up on my basement walls under a black light. The Halloween guests could be heard yelling ‘GROSS!’ and ‘Ew!’ which made my heart sing, especially since everyone at the party was someone from the LGBTQ community.

I’m a fan of Nightmare on 13th and Lagoon for different reasons. Nightmare traps you inside for 45 minutes with a tactile, visual and audio presentations that are truly Disney-esque quality. You either lead a pack of friends through the rooms and mazes or hide behind a pack in the hopes you won’t get shocked or chainsawed first.  Lagoon on the other hand is a different experience because you can go to the park in Farmington during the day and work your way into the night time scares. The rides are open, the place is decorated to the nines with pumpkins and wandering ghouls. There’s the Malevolent Mansion, a haunted Pioneer Villiage way back in the dark section of the park, a non-scary straw maze for kids and new this year, seances.  This fully immersive haunted experience blends ‘chilling live performance, intense physical effects and unexpected audience participation’. You purchase a ticket for that show on top of your Lagoon pass and show times are on ever hour during the weekends. There are adult and kid haunted houses and kids who purchase $1 glow sticks are not to be scared and can go to no-scare zones. Also, the park doesn’t allow visitors to wear make-up, masks or costumes.

While you’re out there notice that Utah’s oldest amusement park is going to be opening a Biergarten next year!  They’ve had beer sales permits for years but this will the first that Lagoon has sold alcohol on park grounds since 1979.  They have over the years allowed beer trucks to park over at the RV campground during some holidays and when special groups rented the area.  This is irony like when street cars used to travel downtown and to Lagoon, went out of fashion, and now everyone wants fast light rail to get them to destinations in Utah. The park began as a swimming area and dance hall and had quite the saloon. Now we’ll get to experience a Biergarten with steins of different local and imported cold brew and beer foods. The liquid intoxicant won’t be allowed to be taken out of the Garten as beer will be sold in glass mugs.