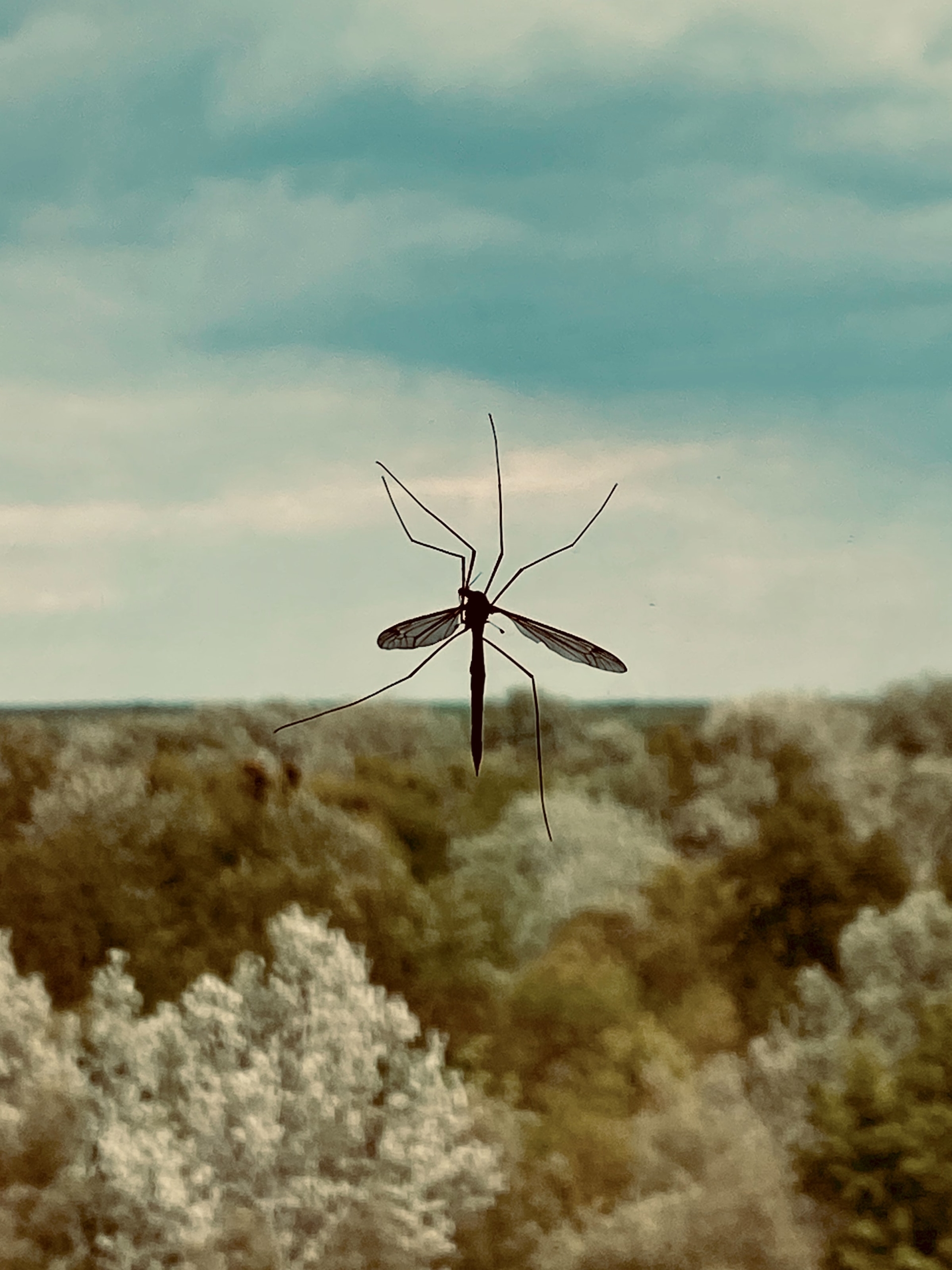 Mosquitos in November? Who thinks about them when you you’re trying to swat the last of fall flies and sweep up those interminable elm bugs? November is the time of the year when people who own property must pay their annual property taxes, and part of those taxes in Salt Lake City/County go towards mosquito abatement. I got my tax bill and $51.63 will go towards getting rid of those pesky things, but next year my estimated tax is going to go to $90.24. What gives?
According to the Salt Lake City Mosquito Abatement Department (MAD) officials say they need to pay for more employees and for more studies of mosquitoes. How do we get rid of mosquitoes? Sadly, we kill them with chemicals/neurotoxic pesticides – that certainly can’t be healthy for humans or Mother Earth. On the flip side, these flying pests aren’t great for humans because they can carry diseases like West Nile and even Lyme. In September they sprayed around the Utah State Fair site as eleven people had been diagnosed with West Nile virus from Weber to Salt Lake Counties, with one person dying of the virus. That’s better than in 2017 when 62 people were diagnosed with West Nile.
What’s really sobering is the fact that the Utah State Prison is being relocated directly west of the new airport. Thousands of employees at both sites, and prisoners will be providing mosquitoes with some juicy blood next bug season. They go away for good during our first freeze, but start to come back in the spring, peak in the summer and then taper off in the fall. Right now, the only mention of them is on our tax bill but you can bet when the new prison opens and phase two of the airport is completed, we’ll have more reports of mosquito swarms and bites. The $780 million state prison is getting ready to house 3,600 inmates coming this January and those people will attract mosquitoes with every exhale of carbon dioxide.
The executive director of the MAD trapped hundreds of mosquitoes at the current prison site in a 24 hour measurement, but then lured thousands in 24 hours at the new prison site. It’s horrible being in prison for many reasons, and this looming plague just adds another layer of hell to both inmates and staff at the new Utah State prison opening next year. It is built on wetlands that will certainly turn into drylands with this ongoing drought, so it’s possible the bloodsuckers will dry up themselves. Alternatively, there will be less feed for the birds, reptiles and mammals to eat.
Although Salt Lake City homeowners pay for abatement out of property taxes, the state has been paying for treatments/sprays out of the state prison construction fund. Whether those monies will continue to flow will be up to the legislature. Hopefully, the burden will not fall to Salt Lake City residents who will unfortunately suffer from not just the insects, but the toxic chemicals used to treat them.