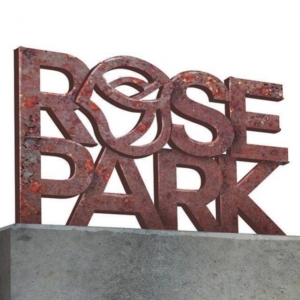 Rose Park takes up the area west of I-15, north of 600 North and east of Redwood Road (1750 West). Think of it as being just slightly north and west of downtown. It extends north to the Salt Lake City limits, which is the boundary between Salt Lake and Dayis counties. The entire neighborhood falls within the boundaries of West High School, one of Utah’s largest and oldest high schools with a great ESL learning program and terrific sports teams. According to Wikipedia the neighborhood is one of the most religiously and ethnically diverse areas of Utah and that many of the turn-of-the-century settlers of the area were non-Mormon blue-collar workers who worked at the nearby railroad stations in downtown Salt Lake City.

In the early 20th century, Rose Park was marketed as a reasonably priced division with larger lots than older Salt Lake City neighborhoods like the Avenues. Homes in the first subdivision had to have red or green roofing along streets that were named after types of roses by the romantic builder who plotted out and constructed the homes there in the 1940’s. After World War II, population and growth in the area increased as vacant land was bought up and homes built for the returning veterans. There are streets and streets of 1940’s brick and frame tract homes on large lots in Rose Park. Many trees were planted in the neighborhood during this period, and Rose Park now boasts some of the city’s largest and most densely spaced trees.

Rose Park has been discovered because the light rail now borders it’s north side. UTA’s TRAX runs on South Temple from downtown to the airport. A few blocks walk or bike ride will get anyone onto the bus or rail system in just minutes. Rose Park is one of the least expensive, yet closest areas to live in around the Salt Lake Valley. It is a 5 minute car drive or TRAX ride to get to the City Center and City Creek Mall.

Rose Park has a wonderful 18 hole golf course along the Jordan River Parkway-public course, cheap fees! The Rose Park area has a library, the Day-Riverside library, that is part of the Salt Lake City Public Library system. There is a huge park where Rugby is played on Sundays and Soccer fields galore.

Places to eat: Chubby’s Mexican, All Chay Vietnamese, Red Iguana 1 and 2, and the in-store café at the Mexican grocery store ‘Rancho Market’.