Home Prices: Home prices start in the low $400’s and tumble into the $900-$1 million in areas close to Holladay on the east side of Murray. There are numerous condominium projects in the area, with one bedroom units selling in the low $300’s. 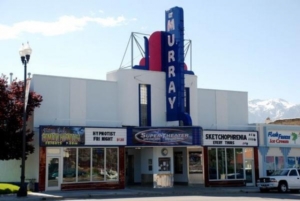 Murray is known for its mix of newer housing, condominiums and mid-century homes as well as well-known local restaurants and shops. Nowadays many people associate Murray with the huge campus of the Intermountain Medical Center at 5400 South State Street and Fashion Place Mall at 6400 South State Street.

The Mormon pioneers came to the Salt Lake Valley in 1847. A pioneer group called the Mississippi Saints arrived one year later and began to develop a scattered settlement in the south end of the valley in the fall of 1848. The area was distinguished by various town names such as the “Mississippi Ward, Cottonwood, Big Cottonwood, and South Cottonwood”. Written history states that at least 20 families were living in the South Cottonwood area in the 1860s. The area remained agricultural until 1869 when a body of ore was found in Park City and additional ore was found in Little Cottonwood Canyon. Because of its central location and access to the railroad, the first smelter was built in Murray in 1870 and Murray became the home of some of the largest smelters in the region over the next 30 years. The first official post office was established in 1870 as the South Cottonwood Post Office. The area changed over time as the railroad came in, smelting expanded, the territorial road (later known as State Street) was established, and trolley transportation was developed. A business district also began to develop along the transportation corridor. The City was named after a civil war general, Eli Murray who became the territorial governor of Utah from 1880-1886. There is a historic cemetery at 5490 Vine Street that opened in 1872, several parks and recreation areas, including a farmers market sponsored by the Utah Farm Bureau (open July – October on Fridays and Saturdays).