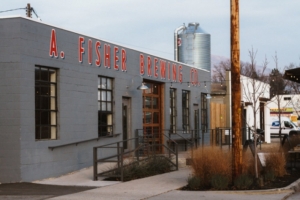 Located next to downtown, Granary is an up-and-coming creative district that was once a bunch of abandoned warehouses and silos. Now seeing a wave of creative businesses, this district is coming to life at a rapid pace. Bordered by W Temple, I-15 and 600 S, this neighborhood houses many independent restaurants, coffee shops and stores, with a strong focus on the Central 9th area. TRAX lines run though the Granary, making it easily accessible from downtown. Much of the new construction in the area is rental housing-affordable housing, with solar features. The area still feels very extremely industrial with bad roads and large vacant buildings but has been discovered by investors and is changing quickly.

Housing is scarce but developers are digging foundations for high rise rentals all over the neighborhood. What inventory is standing is mostly small older bungalows and cottages and new townhomes beckoning to Millennials attracted to being close to downtown, light rail and freeways.