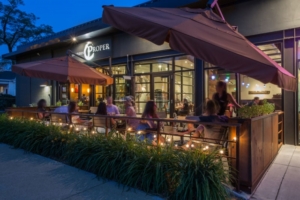 The Avenues is a neighborhood in Salt Lake City, Utah. It is named after the perfectly grid-like, closely laid out roads called Avenues and Streets. First surveyed in the 1850s, the Avenues became Salt Lake City’s first neighborhood. Today, the Avenues neighborhood is generally considered younger, more progressive, and somewhat “artsy” when compared to other neighborhoods. Many young professionals choose to live there due to the culture and easy commute to downtown and the University of Utah. It is also one of the most important strongholds of the Democratic political party in Utah – more democrats live in the Avenues than any other area of the Salt Lake Valley.

Many people live in the Avenues because of views of the city or because of it’s close proximity to running and hiking trails in the hills or ‘benches’ behind the Avenues. It is also on direct and very reliable bus routes to the University of Utah, University Hospital and the Huntsman Center as well as downtown with many good bike lanes. 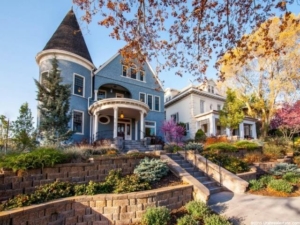 Transportation in the early days was a major draw for settlement in the Avenues. The Salt Lake Railway Company offered mule and horse-drawn trolley rides in the Avenues by 1872, and the trolleys became electric in 1889. Salt Lake Rapid Transit Company incorporated in 1890 and the companies competed fiercely until merging in 1903. The trolley system expanded to other parts of the city as the Utah Light and Traction Company, but rail lines were denser in the Avenues than any other part of the city save downtown. The tracks were removed in the 1940s after National City Lines acquired (and dismantled) the trolley lines. Now there are major UTA bus routes throughout the Avenues to all Salt Lake Valley locations.

The old Primary Children’s Hospital was located at the top of the Avenues. This wonderful acreage and its beautiful historic buildings have been rehabilitated into one of the most expensive luxury condominium projects in the Salt Lake Valley. At the east end of the Avenues is the Shriners Childrens Hospital, which is located at the north end of the University of Utah, the new Primary Childrens Hospital and the Huntsman Cancer Center (known as the ‘Mayo Clinic of the West’).

Planning and Zoning hadn’t always been a priority in the Avenues prior to the 1980’s, so the area feels similar to other big cities where a 1960’s era apartment building might sit next to a row of Victorian Mansions ending at a neighborhood chocolate store.

Popular Area Spots: Avenues Proper, Ensign Peak, Memory Grove Park, Kura Door Spa. The largest cemetery in Utah is on 11th Avenue. Great green space and history. The neighbors put on the annual “Avenues Street Fair” every September and take over several blocks and fill them with food and craft vendors and music.